How FAFSA Calculates Your EFC 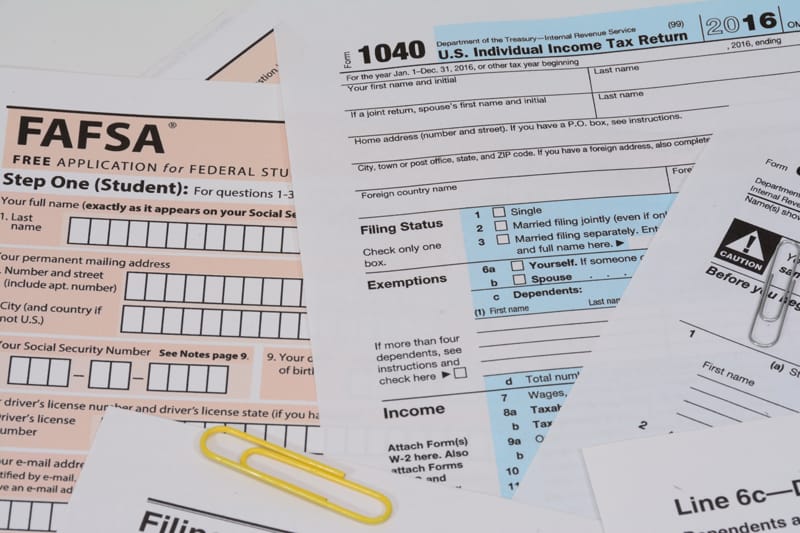 There are many complexities associated with sending your child off to college. With the cost of some private colleges exceeding $70,000, the cost of college is one of the biggest factors keeping parents awake at night. Divorced and separated parents often must face this financial challenge all by themselves. By understanding how income and assets of divorced and separated parents impact your financial aid award, you can strategically target those schools where you can maximize aid based on your particular situation.

What about Separated parents?

If your parents are separated and don’t live together, they are treated as if they are divorced, and you include only the financial information of the custodial parent on the FAFSA. A “legal separation” is one where the couple has filed documents and made appearances in State Court, and these couples no longer file a joint tax return. “Informally” separated couples will still file federal income tax returns as married, but only the custodial parent’s information gets reported for financial aid purposes. Informally separated couple must split out the income reported on the joint 1040 so that only the custodial parent’s income is reported on the FAFSA. Divorced or separated parents that live together are treated as married on the FAFSA and CSS Profile.

Absolutely! Since CSS Profile schools administer significant amounts of gift aid from their endowments, they want to know a little more about mom and dad (and stepmom and stepdad). Most CSS schools require that the income and assets of the noncustodial parent be reported in addition to the custodial parent’s information. Even worse, if both biological parents have remarried, the income and assets of up to 4 parents (2 birth parents + 2 step parents) may be lumped together in calculating your “financial need.” There is good news…about one in three CSS schools exclude the noncustodial parent’s income and assets (hereafter CSS Noncustodial schools) in determining how much you should pay for college. (CSS Noncustodial schools are noted in the next to the last column on this CSS listing.)

Does Alimony and/or Child Support Need to be Reported?

If you get divorced after 2018, be careful as the tax laws are changing. For divorce and separation agreements executed after December 31, 2018, alimony payments are not included in taxable income by the recipient. Therefore, both alimony and child support must be added to your FAFSA and CSS as nontaxable income. Regardless of the year, just make sure you are reporting both your alimony and child support income, but only include it once.

Students entering college in Fall of 2019 will file the FAFSA & CSS beginning in October 2018, and these forms will include tax return information from calendar 2017 and the family’s assets as of the date the forms are filed (say October 2018). But what happens if the parents file a joint 2017 income tax return and divorce in June 2018? In this case, you must be consistent with your marital status as of the date you file the FAFSA or CSS. Since the custodial parent is divorced as of the filing date, only custodial parent’s portion of the income reported on the joint tax return should be reported on the forms, so their share of the income on the joint income tax return must be carved out and reported on the FAFSA and CSS Profile.

Families with divorced and legally separated parents need to leverage their situation to maximize the student aid they receive. These families should do the following:

Planning to pay for college is extremely stressful and complicated no matter your situation. If divorce or separation complicates your life, make an informed decision with the above information and make lemonade out of lemons. Tens of thousands of dollars may be at stake, so plan well!

BOB IN THE NEWS

“How to Pay” Definitions

Cost of Attendance (COA) – Includes tuition and fees, room and board, books and supplies.

Merit Scholarship – Grants offered by some (but not all) schools based on student’s incoming grades and/or standardized test scores. Awarded to students in the top ~25% of incoming class.

Needs-Based Grants – Grants (not loans or work study) awarded based on financial need.

Private Scholarships – Scholarship awards that come from sources other than the college.

Total 529 Savings Plan – 529 savings in the parent’s or student’s names only.

Parent Pledged Assets – Any non-529 assets (e.g., savings, investments) that parents have set aside for the student for college.

Funding Gap – Net cost of college less Pre-Approval amount. Typically equal to the total amount of loans that will be needed.

Loans – Federal Direct Student Loans are based on FAFSA filings and awarded through the school. Federal Direct Parent PLUS loans are taken out by the parents. Perkins Loans program has been discontinued as of 2018.

Fill out the form below to request your complimentary consultation.