Halloween is Over, but Some College Planners are Still Scaring Parents 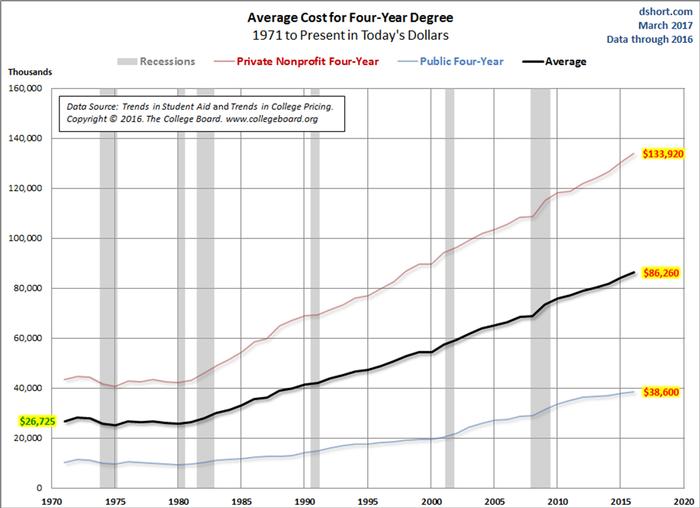 And you’ll be subsidizing the Smart Students

In the 1970s, I have a clear memory of my father (a sheet metal worker) coming home from a construction site on a bitter Pittsburgh winter evening. As he came in the back door into the kitchen, his face beet red from windburn, he turned directly to me saying, “Bobby, get good grades and go to college so that you don’t have to freeze your [part of anatomy] off.“

Back then, going to college was easy: you applied to a handful of colleges, including one or two “reach” schools, and attended the reach school if you got accepted. The price of college was an afterthought. No matter where you went to school, your student loan debt at graduation was manageable, as most financial aid was for students with need, and merit aid was not nearly as prevalent as today.

Funding college is no longer a given. Even after adjusting for inflation, the cost of a four-year degree today is more than three times what it was in 1980 (see graphic). While students with significant financial need can still get considerable help from most colleges, students with little or no need who attend a “reach” school will end up subsidizing the education of students in the top of the class.

Universities fill freshman seats similar to the way airlines sell seats on an airplane—nobody pays the same price. In most private universities, merit aid is awarded to those students in the top (say) 25% academically. These students are rewarded for propping up the average SAT and GPA scores, which helps the school rank higher in the college ranking publications, and this helps to recruit the next freshman class.

Students must be accepted to fill the rest of the seats, but those with below-average credentials drag down the averages and are not especially attractive to the college. However, the school is willing to forgive and accept them if they pay sticker price. As they say in “The Godfather,” “It’s nothing personal….just business.” Yes, despite the not-for-profit status of colleges, they are businesses.

One bigger potential problem is that paying a sticker price of $60,000 per year or more will likely cause the “reach” student and his parents to take on stifling student loan debt. In the bottom 25% academically, “reach” students run the risk of struggling in their academics, are less likely to take on leadership positions, may take five or six years to graduate, or may even drop out. As a financial advisor, I encourage these students to seek a school where they are top dog, where they are in the top 25%, and where they can find some other student to subsidize their education.

In the 1970s, people smoked cigarettes in restaurants, disco was playing on the radio, and long gas lines were a way of life.  Thankfully, this has changed. Similarly, families need to change their approach to selecting a college, as attending “the best school you can get into” today may leave you with large student loan debt and disposable income equal to that which you had in college! 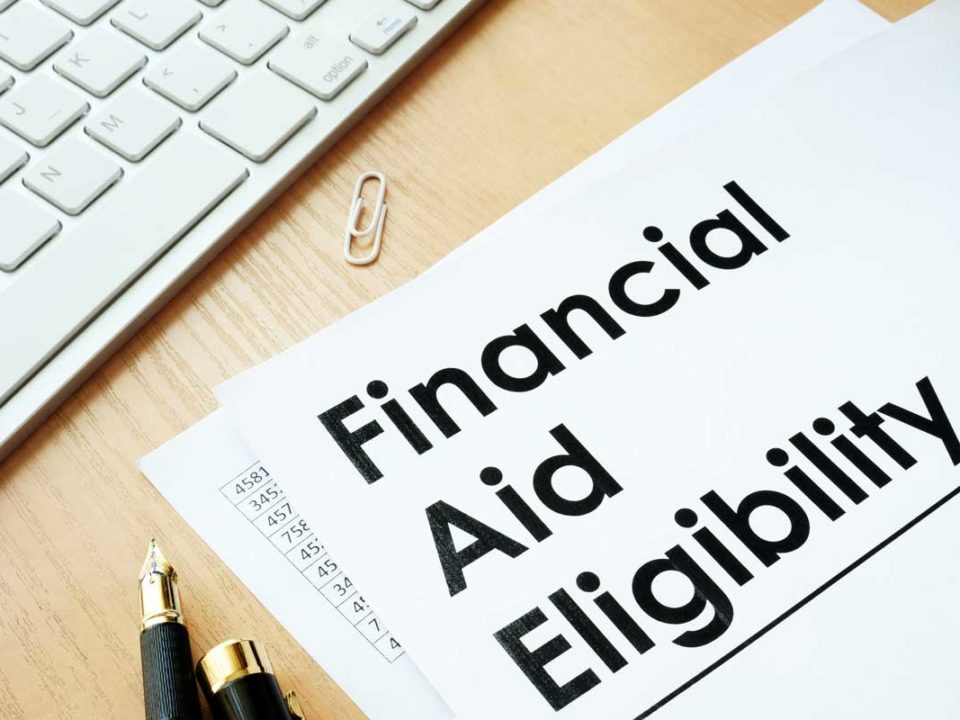 BOB IN THE NEWS

“How to Pay” Definitions

Cost of Attendance (COA) – Includes tuition and fees, room and board, books and supplies.

Merit Scholarship – Grants offered by some (but not all) schools based on student’s incoming grades and/or standardized test scores. Awarded to students in the top ~25% of incoming class.

Needs-Based Grants – Grants (not loans or work study) awarded based on financial need.

Private Scholarships – Scholarship awards that come from sources other than the college.

Total 529 Savings Plan – 529 savings in the parent’s or student’s names only.

Parent Pledged Assets – Any non-529 assets (e.g., savings, investments) that parents have set aside for the student for college.

Funding Gap – Net cost of college less Pre-Approval amount. Typically equal to the total amount of loans that will be needed.

Loans – Federal Direct Student Loans are based on FAFSA filings and awarded through the school. Federal Direct Parent PLUS loans are taken out by the parents. Perkins Loans program has been discontinued as of 2018.

Fill out the form below to request your complimentary consultation.